One of the few bright spots during a rebuilding season for the Green Bay Phoenix mens basketball program has been the emergence of legitimate three point shooting. That was certainly on display Thursday night in Auburn Hills, Michigan when the Phoenix connected on a program-record 15 three pointers […] 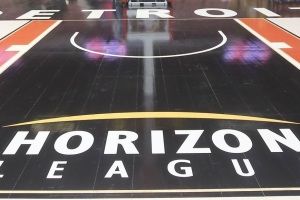 Monday night’s Horizon League results guaranteed that the Green Bay Phoenix will be playing in the play-in round in Detroit to start Motor City Madness on March 2nd. IUPUI’s 74-67 home win over Oakland improved the Jaguars conference record to 7-9 meaning that even if they lose their […] 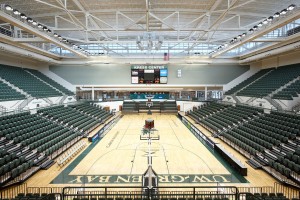 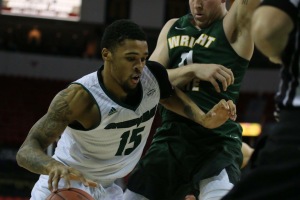 Inside game: Manny Patterson stepping up for Green Bay

Manny Patterson has been kicking it up a notch lately for the Green Bay Phoenix.