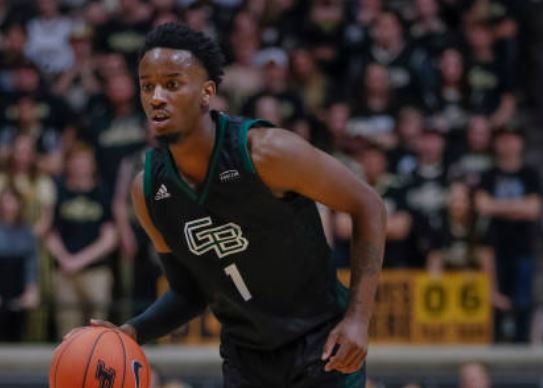 With the Green Bay offense sputtering out to a 14-2 deficit to start Wednesday night’s season opener at Purdue, head coach Linc Darner turned to his highly touted freshman Amari Davis in search for some answers.

The Phoenix reeled off eight straight points – six of which came from Davis on two mid-range jumpers and an and-one layup – to cut the Boilermakers lead to just four.

It obviously wasn’t a perfect debut as Purdue would go on to win the game 79-57, but the former Ohio Division II high school Player of the Year showed his potential by finishing second on the team in scoring with 10 points on 5 of 9 shooting to go along with 2 rebounds, 2 assists, and a steal in 20 minutes of action.

Not bad for your first ever collegiate game.

“He brings a guy that can really run the court,” assistant coach Ben Swank told Brian Kuklinski on WDUZ radio after the game Wednesday. “I think what goes underrated is his defense. He got up and pressured the ball for the majority of the time he was in which I don’t know if a lot of people see that. That’s going to help us, especially when we play teams that are more of our level.”

Davis is no stranger to scoring the basketball either as he averaged 30.1 points per game last season as a senior at Trotwood-Madison High School, including scoring a game high 24 points to help his team win the state championship in his final game.

The lefty was a 3-star prospect and should be a mainstay in the Green Bay rotation, especially as the team searches for offensive and defensive production to replace the hole left behind from All-Horizon League performer Sandy Cohen’s graduation.

“He can get out and run and score the ball and he’s a good finisher,” Swank said. “When he’s hitting his mid-range shots too he’s pretty tough to guard.”

Davis will look to build on his solid first game as Green Bay hosts UW-Stout on Saturday evening at the Kress Center.