Tank Hemphill is out for the season

The Green Bay Phoenix will be without Tank Hemphill for the entire 2019/2020 season.

The team announced Thursday that the 6’6” senior forward would sit the rest of the season with a lower body injury and will use a medical redshirt to be eligible to play next season as a redshirt senior. The medical redshirt is necessary because Hemphill played 11 minutes in the season opener against Purdue this season going 0-1 from the floor and posting 2 steals and a rebound as well as a pair of turnovers.

“Hemphill and the team were hopeful he could return in 2019-20, but unfortunately that will not be the case,” the team’s game notes for Saturday’s matchup with Evansville say. “Hemphill is a key loss for the Phoenix in 2019-20, but pursuing full health will come back stronger in 2020-21.” 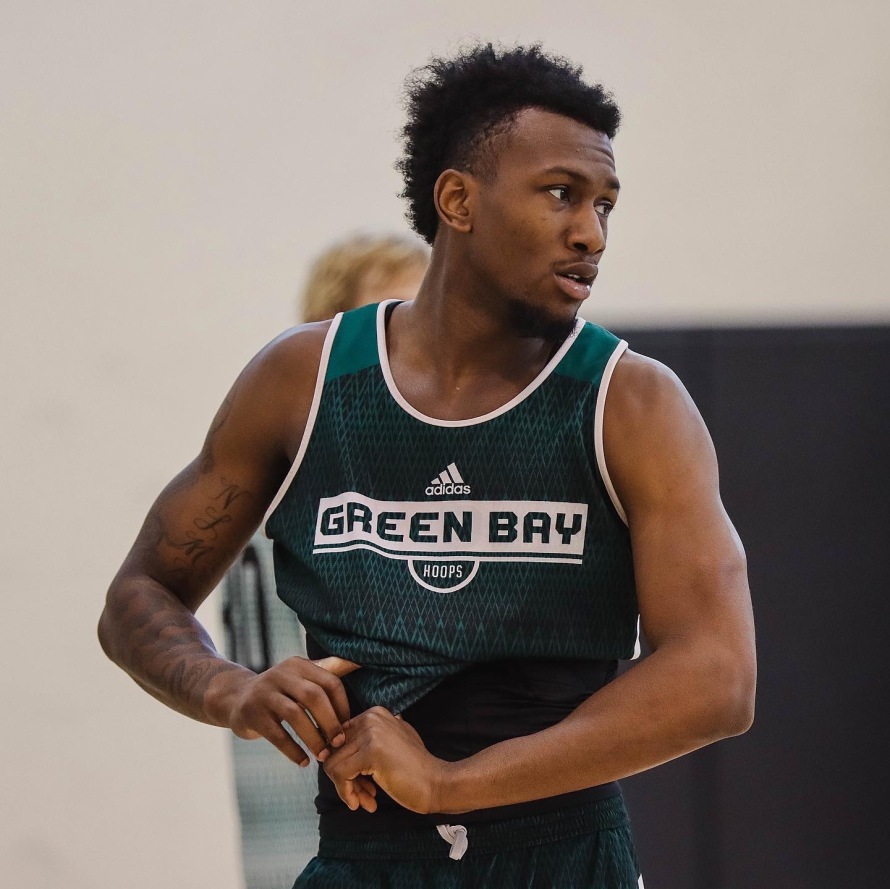 It is a significant loss for a Green Bay team that has struggled so far defensively and rebounding the basketball. Hemphill was second on the team in rebounding and steals per game last season behind only First Team All-Horizon performer Sandy Cohen and finished third in scoring behind Cohen and JayQuan McCloud. He averaged 11.7 points, 5.6 rebounds, and 1.1 steals in nearly 28 minutes per game, starting all 38 games last season as a junior.

The Phoenix have somewhat been able to replace Hemphill’s offensive production thanks to Amari Davis’ superb start to his collegiate career as well as increased production from McCloud, PJ Pipes, and Kam Hankerson. But where Green Bay clearly misses him the most so far is on the defensive end.

“Last year, he covered up a lot of mistakes we made on the defensive end by rotating and blocking shots,” head coach Linc Darner told the Press-Gazette last month. “He had some huge blocks, huge plays, huge putbacks for us.”

With Hemphill on the sideline, Green Bay will likely have just 9 available players for the next few weeks after senior forward Josh McNair sustained an injury in Saturday’s loss at Eastern Illinois. Darner mentioned before the UCF game on Tuesday night that McNair would be re-evaluated by the team’s doctors once they returned to Green Bay but that the forward could miss a couple weeks.

In addition to Hemphill and McNair’s injuries, a trio of freshman are redshirting this season (Japannah Kellogg, Jiovanni Miles, and Lucas Stieber) and guard Josh Jefferson is sitting out this season due to NCAA transfer rules. Even when McNair returns the Phoenix will only have 10 active players so it is possible that Kellogg could have his redshirt status removed, although the team is already nearly a third of the way through the 2019/2020 season.

Green Bay originally had one scholarship still available for the 2020 recruiting class to replace this season’s five seniors, however that will no longer be the case with Hemphill returning for one more season next year. Jacob Jones, Paris Taylor, Blayton Williams, and Leon Ayers will join the program next season to replace the four outgoing seniors with Ryan Claflin also set to join the program as a redshirt walk-on.

Barring any transfers the Phoenix will have six seniors on the roster next season: Hemphill, Pipes, Jefferson, Manny Patterson, Trevian Bell, and Hunter Crist with five class of 2021 scholarships available to replace them.  Claflin will receive a scholarship for four years beginning in 2021.