“Growing up in Wisconsin, it was always my personal dream to play for the Badgers,” former Green Bay point guard Trevor Anderson wrote on Twitter back on May 3. After that post announcing his decision to give up his scholarship at Green Bay and transfer to Wisconsin to […] 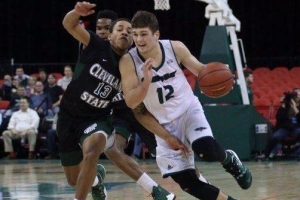 One of Linc Darner’s prized recruits is taking his talents 150 miles south to Madison. Trevor Anderson, a 3-star high school recruit and the 2016 Mr. Basketball in the state of Wisconsin, announced on Twitter Wednesday night that he will be leaving Green Bay to join the Wisconsin […]