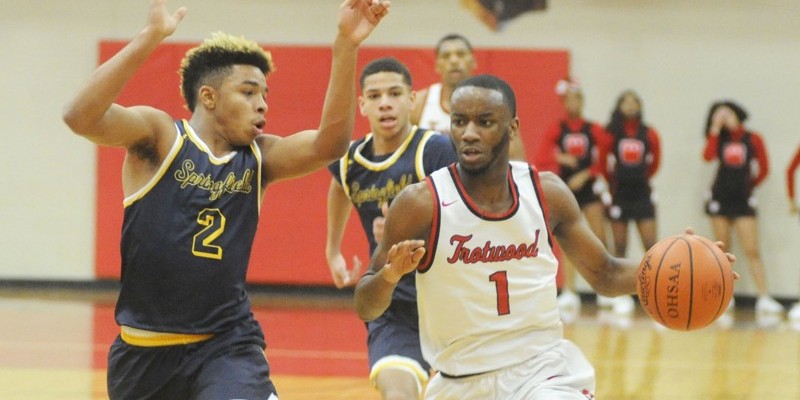 Who are the contenders for the 2020 Horizon League All-Freshman Team?

The 2020 Horizon League All-Freshman Team will have a tough act to follow.

So which freshman will have the biggest impact this season to be in the running to join the 2020 All-Freshman Team?

(Remember that the Horizon League no longer has an “All-Newcomer Team” meaning new additions that are transfers like IUPUI’s Marcus Burk or Milwaukee’s Te’Jon Lucas are not eligible for consideration.) 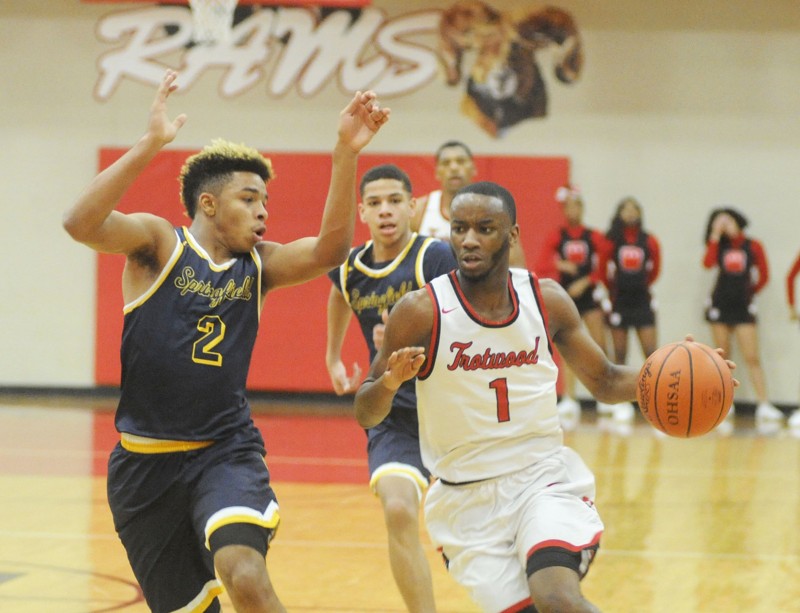 The 6’4” guard from Trotwood, Ohio is the league’s only 3-star recruit for the 2019 class and was the state’s high school Player of the Year in Division II. He averaged 28.8 points per game and shot 45.2% from beyond the arc helping lead his Trotwood-Madison team to a state championship last season.

Davis and fellow freshman Japannah Kellogg – a 6’6” wing – join a veteran team that boasts ten upperclassmen, including five seniors, meaning minutes could be tough to come by. But Davis’ offensive potential is hard to overlook in an explosive offensive system like Green Bay’s. He should be playing meaningful minutes as he is joining a guard rotation that will need to replace the loss of All-Horizon First Team member Sandy Cohen’s production.

Davis chose Green Bay over scholarship offers from Akron, Toledo, Miami (OH), IUPUI, and Cleveland State and was the 11th ranked prospect in Ohio according to OhioHoops.

Like Davis at Green Bay, Taylor joins a veteran squad and could have trouble finding immediate playing time as UIC returns the most minutes of any team in the country this season according to BartTorvik.com. The Flames also boast the league’s best trio of guards with seniors Marcus Ottey, Tarkus Ferguson, and Godwin Boahen returning, all of which averaged at least 31.6 minutes and 14.6 points per game last season.

After those three, however, there could be some opportunities for minutes as Ralph Bissainthe and Dominique Matthews are both no longer members of the Flames meaning Taylor and 6’5” junior Jamie Ahale are the only other guards currently listed on the UIC roster.

The league’s top recruiting class this year looks to be Wright State’s crop of three newcomers. The best of the group on paper appears to be Holden, a lethal shooting guard with good size.

He was named first team All-Ohio in Division III last season after averaging 27 points and 11 rebounds per game while shooting 43% from beyond the arc. The Wheelersburg, Ohio native ranked as the #16 prospect in the state of Ohio and chose the Raiders over offers from Marshall, Cleveland State, Toledo, Ohio, Akron, and Winthrop.

There likely will be some guard minutes available for Holden as Wright State will need to replace the production from a pair of guards who graduated after last season, Mark Hughes and Alan Vest, both of which were a staple of the starting lineup and played significant minutes, as well as the loss of the freshman Smith to transfer. The Raiders do get sophomore guard Mark Hughes back after missing all of last season with an injury however.

Oakland’s five player freshman class consists of players that were lightly recruited in high school, but that was also the case for last year’s all-Freshman Team member Braden Norris who unfortunately used his stellar freshman season as the Grizzlies point guard as a springboard to transfer to Loyola-Chicago.  So it will likely be up to a pair of freshman to run the point for Oakland again this season starting with 6’4” Tennessee native CJ Gettelfinger.

A graduate of Grace Christian Academy in Knoxville, Gettelfinger was a finalist for Tennessee’s Mr. Basketball award in 2018 as a junior after averaging 24 points and 6 assists per game. He was averaging 23.2 points per game through the first nine games of this past season before suffering a wrist injury in December that cut his senior season short.

His only scholarship offer was from Jacksonville State of the Ohio Valley Conference, though he likely would have earned more offers had he not verbally committed to Oakland as early as he did (August 2, 2017).

Golden Grizzlies head coach Greg Kampe has talked glowingly of Gettelfinger this summer saying he “has a chance to be something special” on the Mid-Major Madness podcast back in June.

Milwaukee will have three scholarship freshman on the roster this season, all listed at 6’7”, with redshirt Shae Mitchell being the highest rated recruit of the bunch.

Prior to sitting out last season, he was a consensus 3-star recruit according to Rivals, 247 Sports, and ESPN and ranked as the 12th best prospect in the state of Minnesota’s 2018 class. It will be interesting to see how the Panthers rotation plays out as Mitchell will be one of seven newcomers that will be eligible to play this season including a pair of new freshman, a pair of junior college transfers, and a couple of high major transfers.

Mitchell chose Milwaukee over offers from several prominent mid-major programs including Illinois State, Drake, Northern Iowa, and Wofford.  He averaged 16.7 points and 5.0 rebounds per game as a senior at Lakeville South High School.

Another guard who could crack the Wright State rotation is 6’3” shooting guard Andre Harris. A native of Brush, Ohio, he ranked as the #17 prospect in the state and had scholarship offers from Canisius, Youngstown State, Kent State, Cleveland State, Robert Morris, and Bethune-Cookman.  He was a first team All-Ohio selection in Division I and averaged 17 points and 8 rebounds per game as a senior last season. A third guard, Treyvon Calvin, rounds out the 2019 class. The 6’0” point guard from Glendale Heights, Illinois chose the Raiders over UIC.

Wright State will also get 6’8” redshirt freshman Grant Basile back this season after sitting out last year.

UIC will get a redshirt freshman of their own back this season after Deon Ejim sat out all of last year with a knee injury. The 6’7” forward from Toronto chose UIC over at least eight other schools in 2018 including Vermont, Central Michigan, South Dakota State, Denver, and IUPUI and ranked as one of the top 50 prospects in Canada in the 2018 class. UIC has a plethora of frontcourt options but were dealt a significant blow when 6’8” senior Jordan Blount tore his ACL this summer and will likely miss the entire 2019/2020 season, which could create an opening for Ejim to get some minutes.

UIC’s other prized recruit, 6’9” center Taeyon Neal, will not be joining the program despite committing to the Flames last year.  The 3-star recruit will instead attend Don Bosco Prep in Crown Point, Indiana this season, the same prep school that current Green Bay guard Hunter Crist attended.

Besides Mitchell, Milwaukee will have another Minnesota prospect, Courtney Brown Jr., join the roster this season. The forward from Cottage Grove left East Ridge High School as the program’s all-time leading scorer after averaging 15.6 points per game as a senior last season.  The state’s 8th ranked prospect chose Milwaukee over offers from North Dakota, Drake, Western Illinois, Denver, Omaha, and Cal Poly. Bloomington, Illinois native CJ Willbourn rounds out the Milwaukee freshman trio. He averaged 17.2 points and 6.2 rebounds per game at Normal Community High School last season and was named second team All-state. He was the 24th ranked recruit in the state of Illinois.

Northern Kentucky’s lone freshman, 6’8” forward John Harge, could help the Norse try and pick up the slack left behind by the departure of all-time great Drew McDonald. Harge averaged 19.9 points, 7.7 rebounds, and 4.1 assists per game last season at Hillcrest Prep school in Arizona, including knocking down 41% of his three-point attempts. The Aurora, Colorado native chose the Norse over offers from Tulsa, IUPUI, and South Alabama and ranked as the 28th best prospect in the state of Arizona. He has great basketball bloodlines though: his grandpa Ira was the 11th overall pick in the 1964 NBA Draft.

Emmanuel Newsome will join Gettelfinger in running the point at Oakland this season. The 6’0” Florida native chose the Golden Grizzlies over scholarship offers from Loyola Marymount and Stetson.

Obviously not having seen many of the incoming recruits play makes it difficult to fully predict how much of an impact these freshmen will have on their respective teams this season. Cleveland State, Detroit Mercy, and Youngstown State all have unheralded and lightly recruited freshmen but as we’ve seen time and time again that usually doesn’t mean a whole lot. Despite minimal other offers, Oakland’s crop of recruits impressed during the team’s trip to Greece and several of them will likely play a large role for the Grizzlies this season.

The important thing will be for the league to hold onto its top freshmen, which hasn’t been the case unfortunately the past few seasons due to the NCAA’s transfer epidemic.

Despite the defections of two of the five All-Freshman players from a season ago, the 2020 All-Freshman Team will have a tough act to follow.