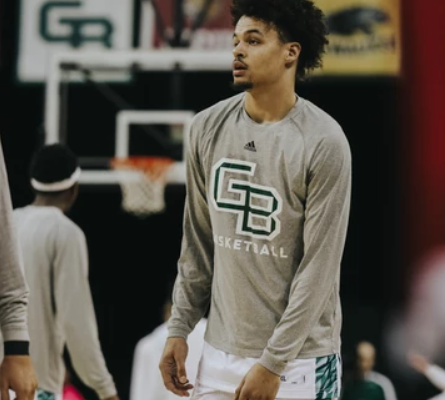 Trevian Bell could be poised for breakout season

Tre Bell has had a solid first two seasons in a Green Bay Phoenix uniform.

The 6’7” forward from Joliet, Illinois has averaged 5.2 points and 2.6 rebounds in 14.0 minutes per game in his Green Bay career and has emerged as a reliable role player off the bench for head coach Linc Darner.

But with do-everything star Sandy Cohen now playing professionally overseas, the Phoenix will need multiple players, including Bell, to step up and help fill the void Cohen leaves behind as Green Bay’s leader in scoring, rebounding, assists, steals, and minutes from a season ago.

And if the end of last season is an indication, Bell will be up for the challenge.

He was in the midst of a solid sophomore campaign, averaging 4.6 points and 2.2 rebounds in 13.1 minutes per game during the 31-game regular season, reaching double figures in scoring three times against Division I competition. 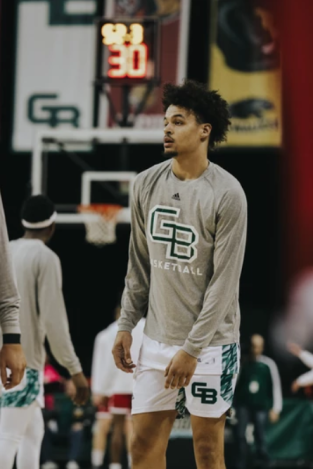 Once the postseason began, however, it was like a flip switched.

He scored a then-career high 15 points in a 82-77 Horizon League Tournament quarterfinal victory over UIC at the Resch Center and followed it up with an 8 point, 6 rebound performance in Green Bay’s tough 66-54 loss to Wright State in the semifinals.

“With those extra games it got some guys going, got some guys confidence heading into the offseason,” Green Bay assistant coach Ben Swank said after the loss to Marshall in the CIT championship game in April. “Hopefully that will make them work harder in the offseason and come back hungry for next year.”

“You take [the] postseason, it’s huge for Tre, for Cody (Schwartz), you take it away and that’s some momentum that those guys wouldn’t have going into next year,” Swank said, “It was huge.”

After a solid sophomore season and a fantastic stretch of play in the postseason, it’s no surprise that Bell was named the 2019 Breakthrough Player of the Year at Green Bay’s Student-Athlete Honors Night this past May.

Green Bay will need Bell to continue that postseason momentum as he figures to be a key part of the rotation this season.

And if this past postseason run was any indication, the Phoenix will be able to rely on Bell to help pick up some of the slack leftover from Cohen’s departure.