The Green Bay Phoenix men’s basketball season is not done yet.

The team has accepted a bid to the CollegeInsider.com Tournament and will face East Tennessee State on the road Wednesday night.  It will be Green Bay’s second time appearing in the CIT with their last appearance being a 75-69 loss to Bradley in the first round back in 2013.

While the Phoenix first opponent is ETSU, the CIT does not use a set bracket meaning future round matchups are determined after the previous round. With 26 teams in this year’s field, the top three seeds will get a bye to the round of 16 following the first round. The tournament is still a single elimination format. 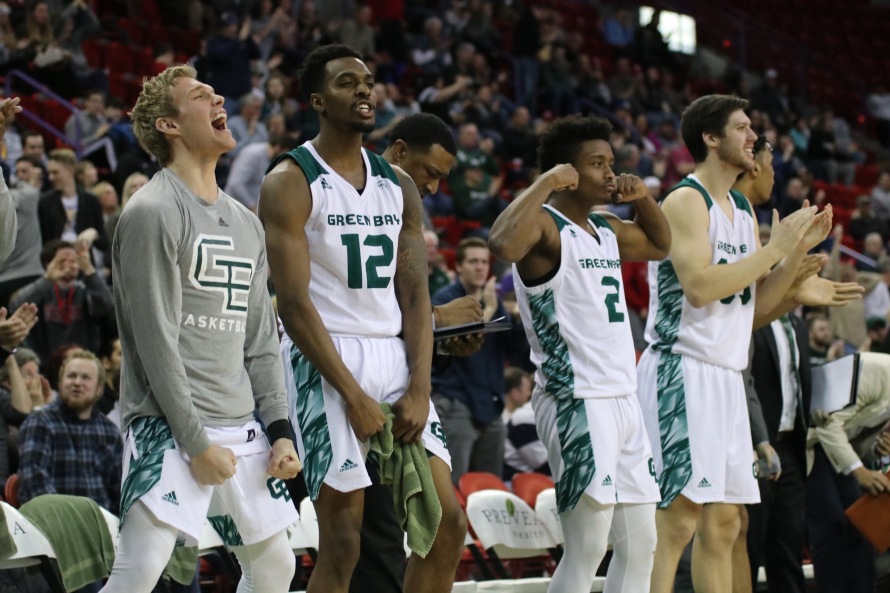 Green Bay drew perhaps the toughest opponent in the entire CIT field with many thinking the Bucs would get a bid to the NIT on Sunday.  ETSU is 24-9 and finished tied for third in a very good Southern Conference that was won by Wofford and saw UNC-Greensboro and Furman gain at-large bids to the NIT.

“In regards to the NIT, I was not very confident the committee would award three at-large bids from the SoCon, even though our league was so highly ranked,” ETSU head coach Steve Forbes said via the team’s website. “UNCG and Furman were very deserving to be chosen, and I want to congratulate each team and their staffs. There are a lot of variables that are considered when picking the field, while looking solely at our NET Ranking, there were several teams below us that got in the field.”

Wednesday night’s game will pose a difficult challenge, especially for a Green Bay team that is just 4-12 in road games this season including 1-6 on the road against non-conference opponents. ETSU is a top 100 team in offensive efficiency (#79) and defensive efficiency (#86) according to KenPom and also rebounds the basketball at an exceptional rate. They are good shooting team as well knocking down 35.7% of their three-point attempts.

The Bucs are also very good at home and are an impressive 51-10 (.836) at Freedom Hall during Forbes tenure including 13-2 this season.

There are a couple of areas the Phoenix could be able to take advantage of though. ETSU seems to turn the ball over at a decent clip which could lead to transition opportunities for Green Bay.  The Bucs also rank 344 out of 353 Division I teams in three-point percentage defense with opponents shooting 38.8% against ETSU this season.

Wednesday night will likely be a significant test for a Phoenix team that should be returning most of its roster next season. The extra practice days as well as playing on the road against a solid opponent will provide some more opportunities and experience as the team looks towards next season.

“With the core of our team returning for next season, we are both excited and appreciative to be playing in this year’s CIT,” head coach Linc Darner said via the team’s website. “Our guys are really looking forward to continuing our season and the opportunity to build momentum heading into next year.”