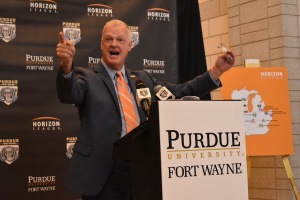 Will the Horizon League go past eleven members?

Following the announcement that Purdue Fort Wayne will be joining the Horizon League effective July 1, 2020, the obvious question became whether the conference will stand pat at eleven teams and play a 20-game double round robin schedule or add an additional team to get to an even […] 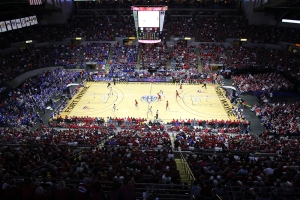 The timing of Tuesday’s announcement that Purdue Fort Wayne will be joining the Horizon League was surprising in that it seemed to catch anyone who follows the conference closely a bit off guard. But the move itself shouldn’t be a surprise at all. The Mastodons are a perfect […] 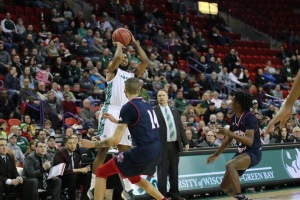 So you’re saying there’s a chance. Thanks to a sweep of Oakland and Detroit Mercy at the Resch Center this weekend, the Green Bay Phoenix are currently sitting in third place in the Horizon League standings and even have an outside shot of winning the regular season title […] 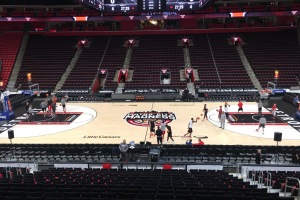 Where will the Horizon League Tournament end up?

With this likely being the final season of Motor City Madness in Detroit, the search for a new home for the Horizon League men’s and women’s conference basketball tournaments is underway. The conference announced earlier this year that the Horizon League and Olympia Entertainment along with its Detroit-based […]

The Horizon League on Tuesday finally announced the dates – as well as some significant changes – for the men’s basketball conference tournament in what might be the final edition of Motor City Madness in Detroit. The league announced two major changes to this year’s tournament, which will […]