It’s been no secret that the Horizon League has been looking to expand to at least 12-teams for several years and that will finally be the case this upcoming season. So it is no surprise that Robert Morris University will officially join the conference on July 1st giving […]

Jim Sarow (@JimSarow) and Jordan Drew (@PhoenixRising_9) join the show to recap the shocking mid-May firing of Linc Darner, talk about the 3-week coaching search and new head coach Will Ryan, and take a look at the current state of the Green Bay roster. 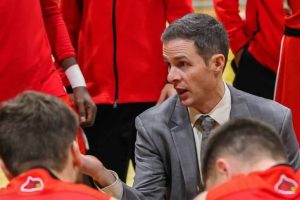 With Will Ryan officially on board, will Guthrie’s gamble pay off?

It was a move nobody saw coming. Green Bay athletic director Charles Guthrie, with the blessing of new UWGB chancellor Michael Alexander, decided to part ways with his fairly successful men’s basketball coach Linc Darner back on May 17th after five seasons leading the Phoenix. Darner was 92-80 […] 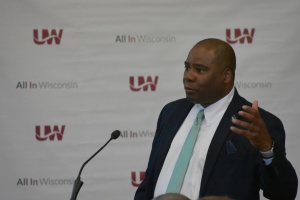 It’s been nearly two weeks since the surprise dismissal of Linc Darner as the head coach of the Green Bay Phoenix men’s basketball program and so far the names of any potential candidates have not been leaked. The latest update from the college basketball coaching rumor mill website […]