Green Bay’s 2018/2019 roster continued to take shape over the weekend when the Phoenix received a commitment from 6’4” JUCO forward Jevon Smith.

“Blessed to have committed to the University of GreenBay!!” he wrote on Twitter. “Thanks to all the coaching staff at GB who have seen my fullest potential and know what I am capable of doing for a great program.” 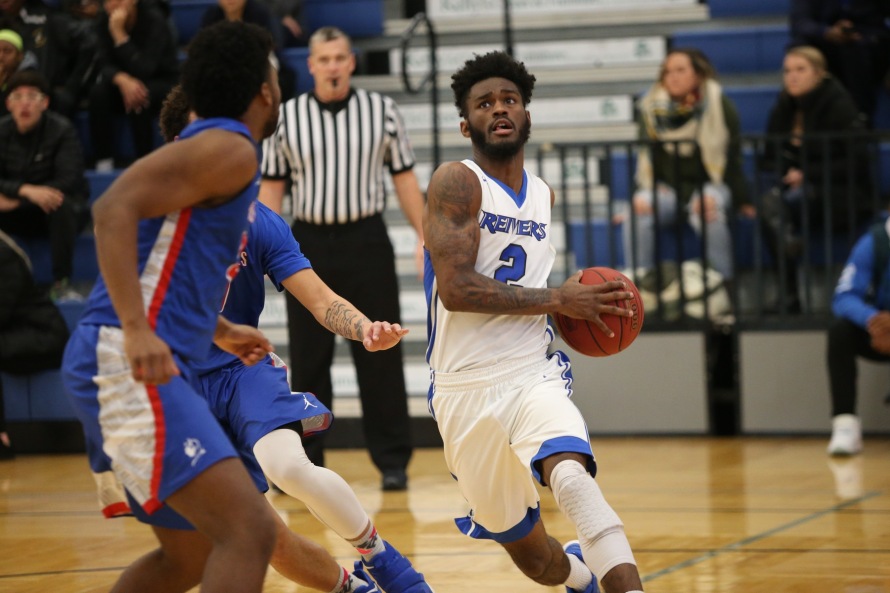 Smith played his freshman season in the SWAC at Mississippi Valley State where he appeared in 12 games and averaged 3.8 points and 1.8 rebounds in 9.6 minutes per game. Prior to that he played high school basketball at Milwaukee Lutheran High School where he was named first team all-North Shore Conference as a junior scoring 20.8 points per game. He played his senior season at Georgia Prep Sports Academy in Atlanta.

He joins a Green Bay team filled with capable options at the small forward position with Sandy Cohen, Sukhjot Bains, and Trevian Bell already on the roster. He provides athleticism and the ability to get to the rim and score for a team that struggled to score easy baskets this past season ranking 316th out of 351 Division I teams in two point field goal percentage at 46.5%.

He also showed an ability to occasionally knock down three pointers this past season at Iowa Western making 40.9% of his attempts from beyond the arc (27-66). In 32 games he averaged 13.2 points, 5.4 rebounds, and 2.0 assists per game.

Blessed to have committed to the University of GreenBay!! Thanks to all the coaching staff at GB who have seen my fullest potential and know what I️ am capable of doing for a great program. I️ just stayed prayed up, waited patiently & let everything takes it course.🙏🏾 pic.twitter.com/eYZnztdxzx

Smith becomes the second player to commit to Green Bay’s 2018 recruiting class after Jay’Quan McCloud committed in December.  Both players are eligible to play immediately and have two seasons of eligiblity remaining.

Assuming that nobody from the current roster is leaving the program, the Phoenix still have one open scholarship available for next season.