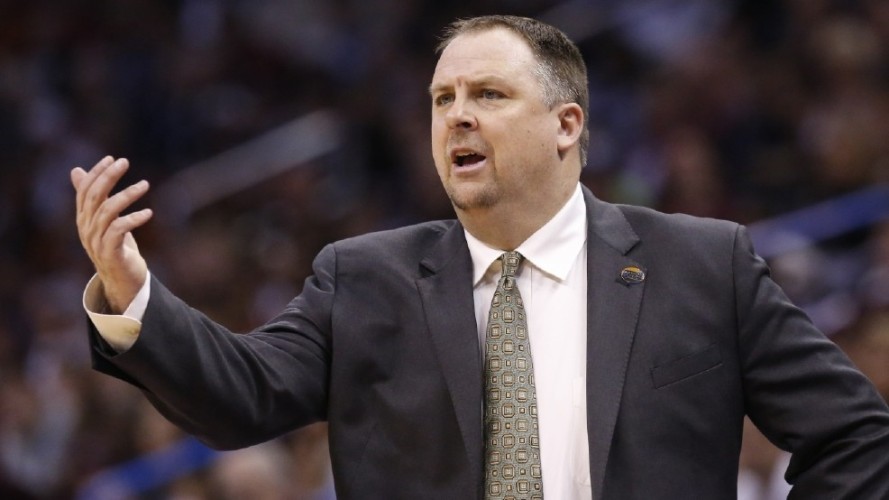 With the July evaluation period well underway, the Green Bay Phoenix coaching staff has been busy hitting the AAU circuit and recruiting potential prospects for next year’s team.

Green Bay will have at least two scholarships to fill for the 2018 recruiting class to replace outgoing seniors Khalil Small and David Jesperson.

So far, the Phoenix coaches have extended scholarship offers to a total of eight prospects in the 2018 recruiting class with five being Wisconsin natives and three hailing from Illinois.

A 3-star recruit, he averaged 18.1 points and 6.7 rebounds per game last season as a junior at Madison East. He also shot 35.6% from the beyond the arc.

“Can score from the perimeter while also getting into the lane for pull-up jump shots,” his WisSports profile says. “One of the top class of 2018 prospects in Wisconsin.”

Both Mark Miller of the Wisconsin Basketball Yearbook and Evan Flood of 247Sports have predicted that Justice will sign with Northern Iowa.

Another player that Green Bay has been recruiting for well over a year is 6’6” guard Tyrese Haliburton.

The Phoenix offered a scholarship back in February of 2016 but Haliburton has seen his recruiting pick up steam of late and now boasts scholarship offers from a dozen schools including Northern Iowa, Ohio, South Dakota State, Bradley, Milwaukee, Toledo, Northern Illinois, Drake, IUPUI, William & Mary, and Charlotte.

“Long, wiry backcourt player who can play either guard position,” reads his WisSports bio. “Length and aggressiveness allows him to get to the basket and finish. Averaged 16.0 ppg as a junior and earned Player of the Year honors in the Fox Valley Association for an Oshkosh North squad that went 25-1.”

While he told Mark Miller that he remains “mostly wide open at this point,” Green Bay was not one of the three schools Haliburton listed that have caught his eye at this point.

Like Justice, Miller predicts that Haliburton will also end up at Northern Iowa. 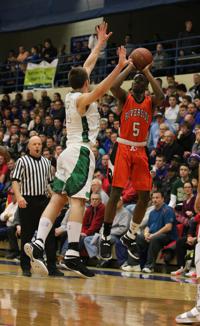 As for Carlos Curtis, he is flying a bit under the radar. For now.

The 6’2” point guard from Milwaukee ranks as one of the top recruits in Wisconsin’s 2018 high school class and has been steadily gaining interest and scholarship offers from programs across the Midwest.

IUPUI was the first to offer a scholarship last July with Green Bay following suit last September. This summer he has added scholarship offers from Drake, East Tennessee State, and Milwaukee and still has two more tournaments to play in Mequon and Las Vegas.

A 3-star prospect according to ESPN, Curtis ranks as the #5 prospect in the state. He scored 19.0 points and dished out 6.4 assists per game last season as a junior for the Tigers and was named first-team all-conference in one of the state’s premier conferences, the Milwaukee City Conference. He visited the UW-Green Bay campus in June and seems to be high on the coaching staff’s priority list.

However, Evan Flood of 247Sports predicts that Curtis will sign with Milwaukee.

Green Bay was the first school to offer a scholarship to 6’4” guard JC Butler back in October.

The son of former NBA star Caron Butler, JC was named the Metro Classic Conference player of the year last season as junior after scoring a staggering 26.0 points and grabbing 8.3 rebounds per game.

Butler’s WisSports profile says he’s an “unselfish team player who can score, defend and rebound. He has good size and length, and can play multiple positions.” He would be a prototypical “RP40” type for Darner’s up-tempo style in the mold of current Green Bay player Kam Hankerson.

Besides Green Bay, his only other scholarship offer at this time is Milwaukee though he has been gaining interest from high major and mid-major programs this summer.

Greg Foster Jr. is the latest Wisconsin 2018 prospect to receive a scholarship offer from the Phoenix.

The 6’6” guard is the son of 13-year NBA veteran and current Milwaukee Bucks assistant coach Greg Foster and just finished a solid junior season at Homestead High School in Mequon where he averaged 14.9 points per game and was a second team All-North Shore Conference selection.

His size and length makes him an ideal fit for Green Bay’s offense where he could basically play any guard or wing position on the floor.

The Illinois trio of Zion Griffin, Javon Freeman-Liberty, and Tamell Pearson all received a scholarship offer from Green Bay on Monday night.

According to Prep Hoops Illinois, he is left-handed and “works best of out of the high and mid-post area.” He’s very athletic and has the ability to play above to rim and finish through contact. He also has shown the ability to step outside and knock down a three pointer on occasion.

Defensively, Griffin is even better. He played center on his high school team and is a solid rebounder. “Strong and bouncy with a good feel for blocking shots and grabbing rebounds,” is how a Chicago Sun-Times game recap described him.

As for Javon Freeman-Liberty, he has seen his recruiting skyrocket since the high school basketball season ended.

A 6’4” shooting guard at Chicago’s Whitney Young High School, Freeman now boasts 13 scholarship offers with 12 of them coming after May 1st of this year.

Loyola Chicago was the first school to offer a scholarship but he has since gained mid-major offers from Drake, Toledo, Valparaiso, Florida Gulf Coast, Akron, Milwaukee, Northern Kentucky, and Southern Illinois.

The final scholarship offer extended on Monday was to Tamell Pearson from Morgan Park High School in Chicago.

The highly touted 6’10” center has also seen his recruitment explode this summer as he now boasts 15 scholarship offers to his name including several from high majors like Illinois and Washington State.

Pearson is a 3-star recruit according to ESPN and is listed as the #3 prospect in Illinois’ 2018 high school class.

Besides those eight targets, Green Bay is keeping tabs on several other 2018 prospects despite not yet offering a scholarship.