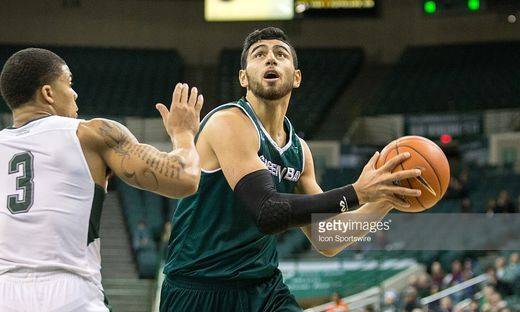 Kerem Kanter is transferring to Xavier

Kerem Kanter will play his final season of college basketball at Xavier this upcoming year if he does not keep his name in the NBA Draft this summer.

The 6’9″ forward from Istanbul, Turkey entered his name in the NBA Draft last month but will not hire an agent, leaving open the opportunity to play one more season of college basketball should he withdraw his name from the Draft by June 12.

It marks the end of a bizarre turn of events this off-season for Kanter, who averaged 11.3 points and 6.3 rebounds in 20 minutes per game this past season as a junior.

He originally announced his decision to graduate from UWGB and enter the Draft but initially left the door open for a possible return to Green Bay. Then he made it clear that his time in Titletown was up and that he would seek a transfer with several schools such as Michigan State and Kansas reportedly interested in his services.

Should he decide to withdraw from the NBA Draft as expected, he will join a Xavier team next season that finished 24-14 and made the Elite Eight of the NCAA Tournament this past March.