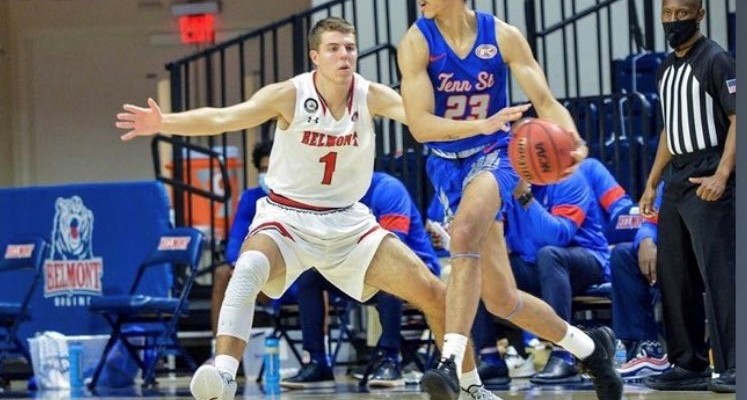 Green Bay received its first piece of good news from the transfer portal on Tuesday when Belmont transfer Mitch Listau announced that he has committed to the Phoenix.

Green Bay has seen a slew of departures via the transfer portal so far this offseason but Listau is the first incoming transfer to commit to the program.

Listau, a 6’4” shooting guard from the Madison area, will have three seasons of eligibility remaining despite the fact that he is entering his fourth season of college basketball. He sat out the 2018/2019 season as a redshirt year before contributing off the bench as a role player the past two seasons.

“First off, I would like to thank God for piece of mind and clarity during this entire process,” he wrote on Twitter. “I feel very blessed to have had such great support around me the past couple of years. Belmont has been everything I could’ve asked for and exceeded all expectations.”

During his three seasons in Nashville, the Bruins went 79-17 and won three Ohio Valley Conference regular season titles including this season when they went 26-4 but were upset in the conference tournament championship game by Morehead State.

“My time at Belmont has been nothing short of fantastic and I am very grateful for all of it,” Listau wrote. “I wish all the best for my Belmont family going forward.”

He entered the transfer portal on Monday morning but it didn’t take long for him to find a new home.

“In conversations with Coach Alexander and my family, I have decided to play my remaining years of basketball at the University of Wisconsin – Green Bay,” he wrote. “Thank you to Coach Ryan and the rest of the staff at Green Bay for giving me this opportunity.”

Coming out of high school, the Waunakee native ranked as the 6th best player in Wisconsin’s stacked 2018 high school class and chose Belmont over offers from Green Bay, South Dakota State, Toledo, Milwaukee, Elon, and Wright State according to VerbalCommits.com. He was a 3-star recruit according to 247Sports.

He also played AAU for Wisconsin Swing, the program that Green Bay head coach Will Ryan helped create back in 2006.

The left-handed Listau shot nearly 36% from beyond the arc during his redshirt freshman season and 35% from behind the arc this past season as a redshirt sophomore. In 20 appearances for the Bruins this season he averaged 3.1 points in 10.6 minutes per game. Over his collegiate career, nearly 75% of his shot attempts have come from behind the arc but he can get to the rim and knock down mid-range jumpers as well.

His outside shooting could be a boost for a Green Bay team that has seen 72% of its scoring leave this offseason, including its top three scorers and 3-point shooters.

The Phoenix still have at least three scholarships available heading into next season and will likely to continue to be active in the transfer portal. But the addition of Listau is a good start for a program looking to reload with players that will fit better with the system that is being installed and the players that are returning.

“I can’t wait to get started and give my all to the University of Wisconsin – Green Bay,” Listau wrote on Twitter. “Go Phoenix!”