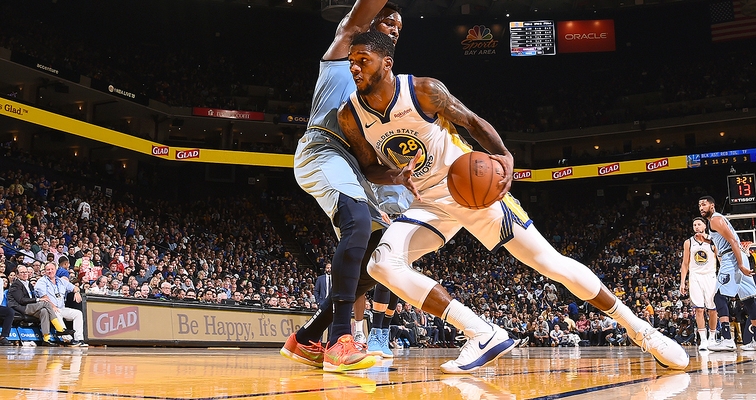 'Nix in the Pros

The Warriors (57-25) are the #1 seed in the West for the 4th time in the past 5 seasons and finished with the third best regular season record in the NBA behind the Milwaukee Bucks (60-22) and Toronto Raptors (58-24).

They’ll take on the #8 seeded Los Angeles Clippers (48-34) with game one tipping off at 7:00 PM Central time Saturday night on ABC at Oracle Arena in the Bay Area.

The 6’8” McKinnie has remained in the Warriors rotation despite being on one of the most talented teams in the league.  He missed 9 games due to a foot injury early in the season but in total appeared in 71 regular season games, including 5 starts, averaging 13.9 minutes per game.  He averaged 4.7 points and 3.4 rebounds per game during the regular season. 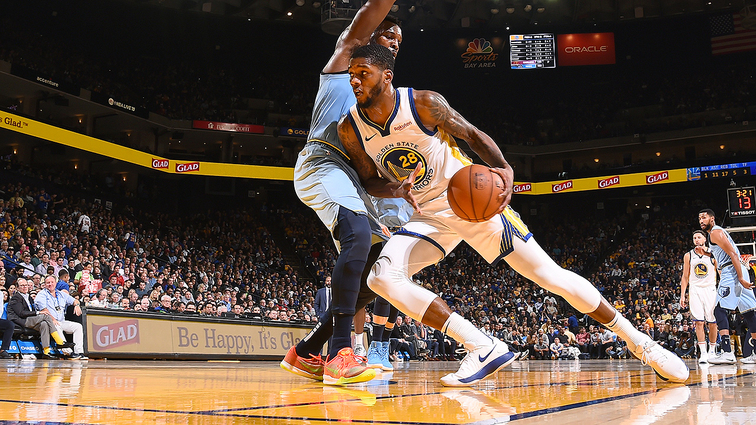 The 26-year has provided reliable NBA defense and an improved three point shot.  He made 35.6% of his three point attempts during the regular season, including 37.9% during home games. Nearly 43% of McKinnie’s total shot attempts have come from behind the three point line with another 40% coming at the rim in the form of layups or dunks according to Basketball Reference.

He is also active on glass ranking fourth on the team at 8.9 rebounds per-36 minutes.

McKinnie had another solid outing in the team’s second to last regular season game scoring 10 points and grabbing 7 rebounds in 29 minutes of action against New Orleans on Tuesday night.

He signed a two year deal with Golden State prior to the season but the contract was not guaranteed meaning the Warriors could cut him without owing him any additional money at any point prior to January 7th.  However the date came and went and his $1.35 million salary became fully guaranteed for the season.  He could also make an additional $220,000 or so in playoff bonuses should the Warriors go on to win the NBA title again which would be their third straight championship and the fourth in the past five seasons.

The second year of his deal for 2019/2020 is a club option for $1.4 million that the team will have to exercise or he will become a free agent over the summer.

McKinnie appeared in 42 games for Green Bay from 2013-2015 after transferring in from Eastern Illinois. He was plagued by injury during most of Phoenix career but still was able to have a productive senior season averaging 8.0 points and 5.3 rebounds in 21.6 minutes per game in 33 appearances.

He then went on to play professionally in Luxembourg and Mexico before joining the Windy City Bulls of the NBA G-League.

He played in 14 games for the Toronto Raptors last season before joining the Warriors for training camp this past summer and earning a roster spot.

Categories: 'Nix in the Pros

Tagged as: 'Nix in the Pros, Alfonzo McKinnie, NBA, Playoffs