Green Bay racking up fouls so far this season

It is too early to panic since we’re only three games into the college basketball season, but a troubling statistic has emerged in each of Green Bay’s previous two games, both of which resulted in tough losses.

The Phoenix committed a staggering 57 personal fouls in the two games and, when combined with 19 fouls in the season-opening victory over Division III Wisconsin Lutheran, results in Green Bay ranked 345th out of 351 Division I teams in fouls per game at 25.3.

The fouls can likely be attributed to a combination of questionable officiating along with a more aggressive Green Bay defensive scheme.  The Phoenix have four new junior college transfers that help to boost the team’s overall athleticism and allows Green Bay to be more aggressive with picking up full court pressure and trapping opponents.

“I think we’re a lot different than our team from last year where we didn’t have the athleticism or the speed to maybe get up and play the way we wanted to,” Darner said earlier this month on the Bill Michaels Show. “I think we have that this year.” 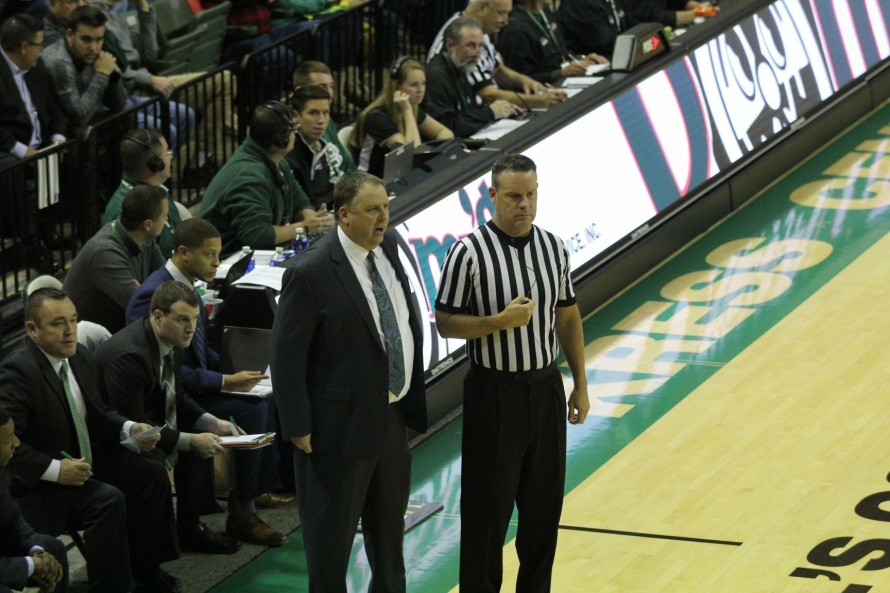 Green Bay was a bottom third team in terms of fouls per game last season ranking 263rd overall at 19.2 fouls per game, but the increase this year has been troublesome and could have possibly cost them a win already this season.

The 78-74 home loss to Indiana State can likely be blamed on poor free throw shooting since the foul disparity and free throw attempts were fairly even between the two teams – 28 fouls were called against Indiana State compared to 27 against the Phoenix.  But the Sycamores made 27 of their 35 attempts (71.1%) compared to Green Bay’s 21 for 33 (63.6%).

In fact, the Phoenix rank second from the bottom according to KenPom.com’s opponent free throw rate this season, which takes into account field goal attempts compared to free throw attempts.

The good news is that games this weekend against Eastern Washington and either UMKC or Morehead State should bring the foul rate down a bit.

Eastern Washington has shown a hesitance to drive to the basket in their first two games this season with 64.5% (80/124) of their shot attempts coming from behind the three point line, which is easily the highest rate in country so far this season.  They also play a slower pace (265th in the country according to KenPom) and turn the ball over a fair amount.  Granted, the Eagles first two games came against #16 Syracuse and #14 Oregon so that no doubt has a negative effect on their stats with such a small sample size. 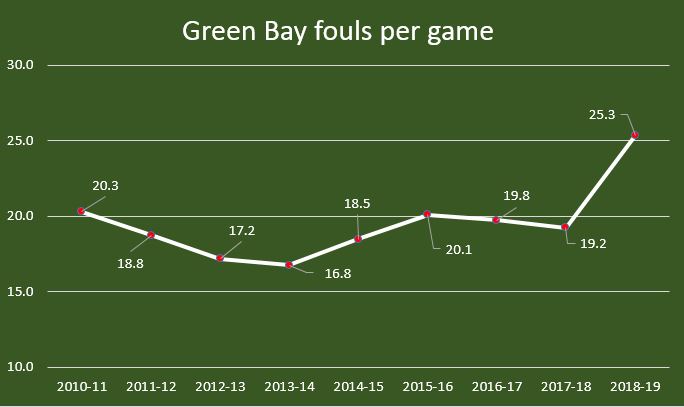 No matter what Green Bay will need to keep up the aggressive play while drastically reducing the fouls if the team hopes to have success this year.

“Time will tell on how good we’ll be at trapping and rotating and different things like that,” Darner said.